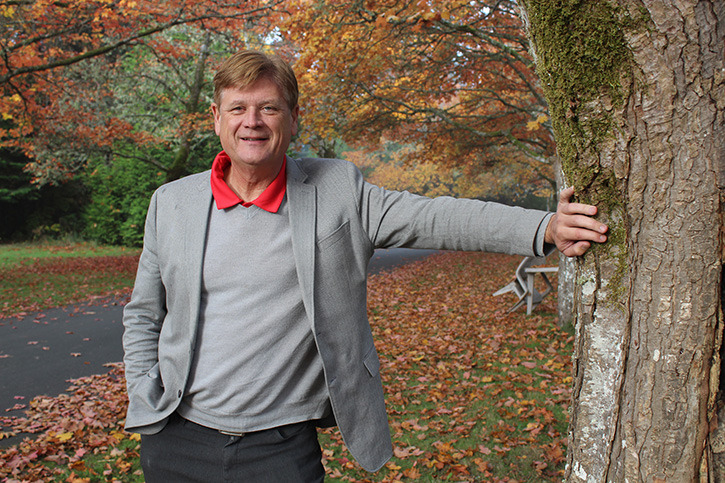 It takes money to build a village

Pacific Landing, a development on the 12-acre property which surrounds Coast Collective, is looking for investors to help build a village.

“It’s a unique piece of property,” management team leader Randy Royer said. “Even going back to the First Nations heritage, this was considered to be a meeting place, so that’s what we want to keep.”

Royer and his company have owned the property for five years and have plans for a multifaceted development with 165 residential units, commercial enterprises, a coffee shop, a hotel and perhaps even a small medical centre.

The vision is to have the property, which is at the end of Heatherbell Rd., act as a small village, in a spirit being described as “vitality living.”

Plans are to build the village in the spirit of the property. As many trees as possible will be spared and the water features will be untouched. Any construction on the property must be setback 100 metres from the water, and 15 metres on either side of the creek which runs through it.

Royer views the natural surroundings as an asset rather than a hinderance to building.

“That’s important to the people that are going to be here,” he said.

The project successfully completed the rezoning process with the City of Colwood about four years ago.

The focus now is raising capital and drumming up investors. The project has a $10-million mutual fund trust through which it is raising equity. So far most of the capitol has come from Alberta. Royer himself is a substantial investor in the project.

“It’s very well received,” Royer said. “People hear the vision and like it.”

Royer hopes to have the money in place sometime around March 2014.

The bottom portion of the property, featuring Coast Collective’s home in Pendray House, will be untouched.

“It’s the Number 1 cultural destination in the Western Communities and they’ve just been great,” Royer said. “Coast Collective will act as the cultural cornerstone of the village.”

Cindy Moyer, the incoming executive director of the arts collective, who has previously worked for Royer, said the developer has been very supportive of Coast Collective and she sees the development as a positive move forward.

“Across the board, we feel anything that’s going to create a holistic development on that sight that celebrates the arts and makes them available to people … is a win-win,” Moyer said. “We’re all very excited about what (Royer is) talking about.”

Royer, who is based out of Calgary, has spent much of his career working in the hotel industry and developing properties throughout North America. He is the man behind the Grand Okanagan Resort in Kelowna, a 54-acre waterfront development.